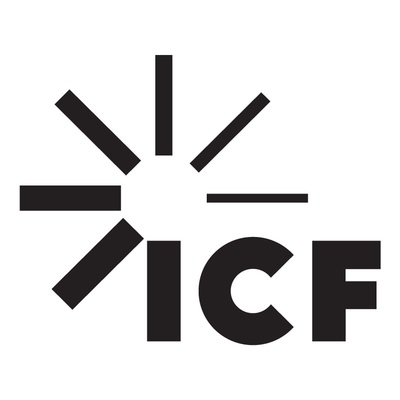 "This was another quarter of strong operating performance for ICF, in which we posted double-digit revenue growth that was aligned with the positive catalysts we have identified in our government and commercial markets," said , Chairman and Chief Executive Officer.

"Second quarter contract awards of over included a modification to our -funded disaster recovery contract with the Government of that significantly expanded our services, as well as several strategically important awards from both government and commercial clients. Subsequent to the end of the quarter, ICF was awarded a three-year federally-funded contract to assist with Community Development Block Grant (CDBG) housing recovery in following the damage caused by the 2017 hurricanes.

Revenue from government clients was , up 17.8 percent year-over-year.

ICF was awarded more than 100 U.S. federal contracts and task orders and almost 300 additional contracts from U.S. state and local and international governments with an aggregate value of . Notable awards won in the second quarter included:

Subsequent to the end of the second quarter, the Company was awarded a , three-year federally-funded contract to assist with CDBG housing recovery programs in associated with hurricanes Irma and Maria.

"ICF continued to execute well in the first half of this year, leveraging our domain expertise to take advantage of growth opportunities across our government and commercial client sets. Year-to-date operating results, recent wins and pipeline activity support our expectations for substantial growth in 2019 and beyond. Consequently, we have raised the midpoints for our guidance ranges for revenues and earnings. We now expect 2019 revenues to range from , GAAP EPS to be between , exclusive of special charges, and Non-GAAP EPS to be in the range of . Operating cash flow is projected to be in the range of .

"We were pleased to announce today via a separate press release that our Board of Directors has approved a succession plan that calls for the appointment of , President, to the additional position of Chief Executive Officer and Board Member, and that I will move to Executive Chairman effective , 2019. This represents a seamless succession at ICF, ensuring that we have the continuity of leadership needed to continue on our growth path," Mr. Kesavan concluded.

About ICF
ICF (NASDAQ: ICFI) is a global consulting services company with over 7,000 full- and part-time employees, but we are not your typical consultants. At ICF, business analysts and policy specialists work together with digital strategists, data scientists and creatives. We combine unmatched industry expertise with cutting-edge engagement capabilities to help organizations solve their most complex challenges. Since 1969, public and private sector clients have worked with ICF to navigate change and shape the future. Learn more at icf.com.